Having Data is Not Always Enough

Data is Not Enough: The 2011 Somalia Famine

In 2011, early warning systems based on credible food security and nutrition data sounded the alarm well in advance of an impending famine in Somalia

A combination of political and logistical forces impeded the international humanitarian response, and around 258,000 Somalis died 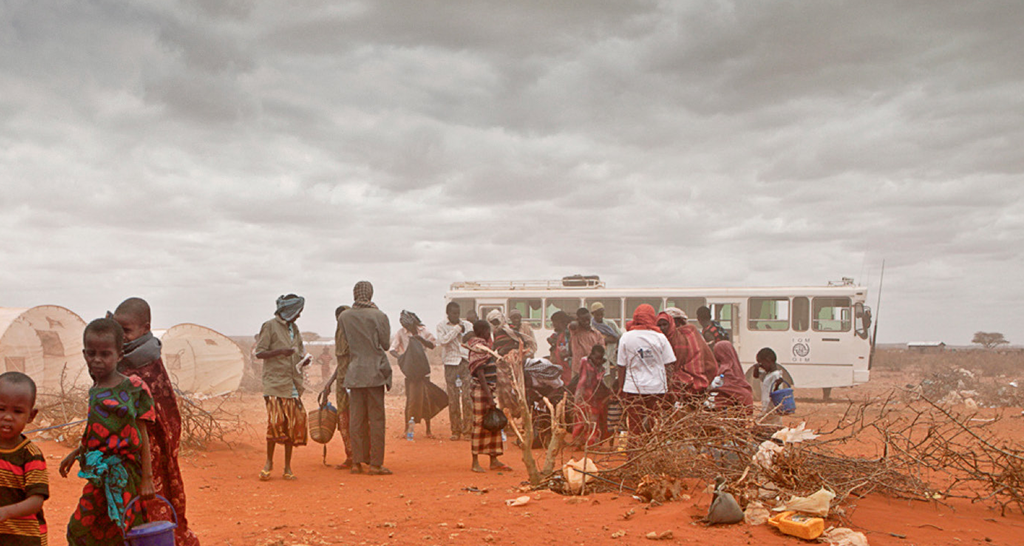 Between late 2010 and early 2012, over a quarter-million Somalis lost their lives in a famine triggered by drought, high food prices, and conflict between Al-Shabaab militants, the Somali government, and various international actors.1 The famine was forecast months in advance by a reliable food security and nutrition early warning system that had been in place for over 15 years. But news of livelihoods collapse and refugee movements were largely ignored until the official criteria for declaring a famine were reached in July 2011. Global assistance poured in immediately thereafter, but was too late to prevent mass mortality and malnutrition.2

Early Warning Systems Do Their Job

Somalia’s precarious food security situation is monitored by two well-respected early warning systems: the Famine Early Warning Systems Network (FEWS NET) and the Food Security and Nutrition Analysis Unit (FSNAU). The systems gather credible data on agricultural productivity, population movements, commodity prices, coping strategies, and other factors that determine food security and nutrition. In the first half of 2011, as both winter and spring rains failed, food prices rose, and families fled their homes in search of relief, FEWS NET and FSNAU repeatedly warned of the possibility of famine.3

The official food deficit, malnutrition, and mortality data thresholds for calling a humanitarian emergency a “famine” were reached in July 2011. The declaration of famine galvanized international response, but most of the damage was done. In addition to around 258,000 deaths, hundreds of thousands of children suffered from acute malnutrition.4

Data is Not Enough

Several factors prevented early warning data from provoking action. The international community had become inured to food crises in Somalia, and could not be easily convinced that 2011 would be worse than years past. Al-Shabaab obstructed humanitarian access for key food aid agencies, many actors diverted food resources, and United States anti terrorism guidelines further complicated operations in militant-controlled areas.5 6 7The lesson is that high-quality data is not sufficient to assure impact in the face of competing political imperatives. The design and dissemination of research must take into account when and why policymakers use data. 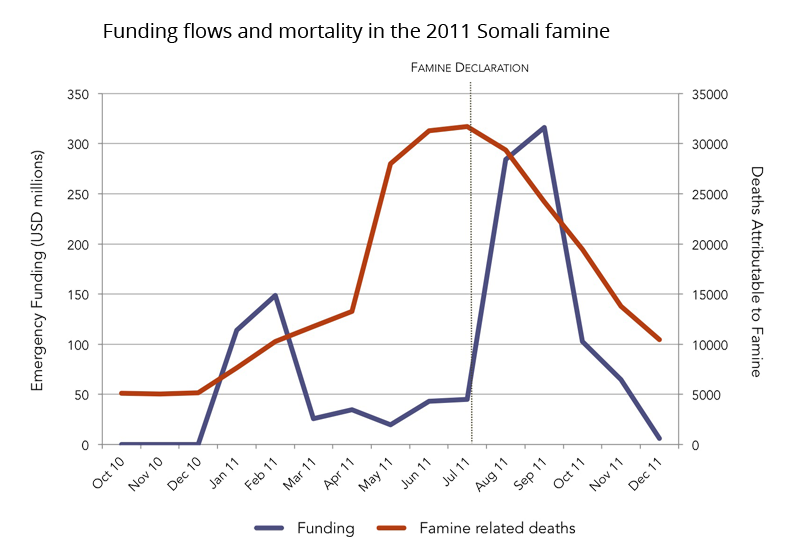 Donor funding for emergency response (shown in current USD) increased greatly only after the famine declaration in July 2011. By then, mortality attributable to the famine had already reached its peak. Between May and October, more than 20,000 people died every month. Sources: adapted from Checchi and Robinson 2013, Hillbruner and Moloney 2012