Violence as a Public Health Problem: How Cali Reduced Homicide

Facing an epidemic of violence in the early 1990s, the city of Cali, Colombia invested in improving data collection on patterns of homicide 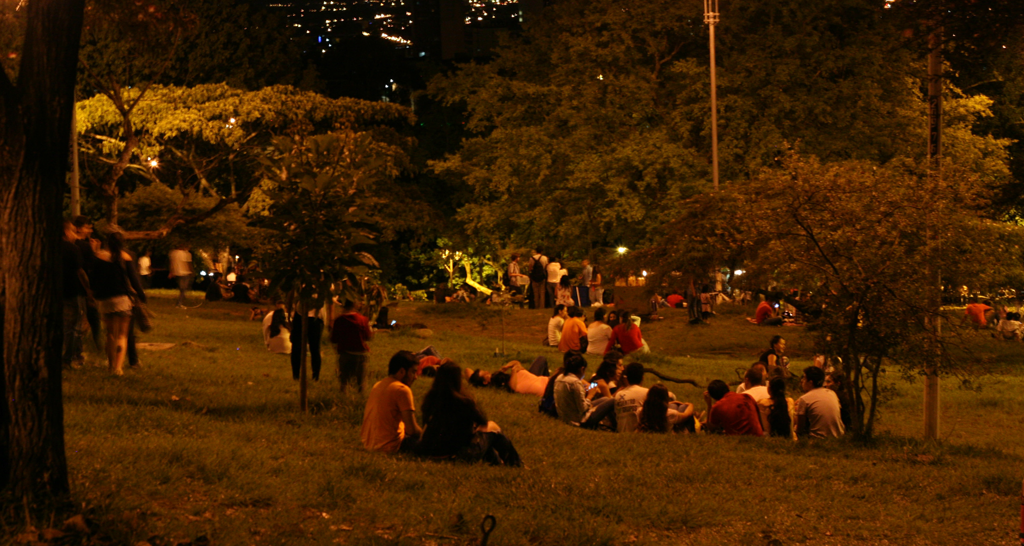 When Dr. Rodrigo Guerrero was first elected mayor of Cali, Colombia in 1992, homicides were the leading cause of death in the city, with rates surging up to 120 per 100,000 people b y 1994, a fivefold increase from ten years prior.1 Cali was one of the ten most dangerous cities in the world.2 Rather than pursuing reactive policing policies – that is, simply responding to crimes already committed – Dr. Guerrero took an epidemiological approach to dealing with violence, treating the problem as a public health crisis and gathering data on preventable risk factors.

Dr. Guerrero brought together the police, the health department, and the local court system for weekly meetings to improve data quality on deaths. The city identified surprising patterns: most of the violence occurred on weekends, holidays, and around paydays; 50 percent of victims were either intoxicated or at a bar when killed; and more than 80 percent of them were killed by gunshots.3

These results pointed to issues beyond the cocaine trade, which at the time was thought to be the major cause of homicide. To reduce violence, the mayor enforced a ban on the sale of liquor after 2am on weekends and outlawed possession of firearms on weekends and holidays.4 Within a few months, homicides dropped 35 percent in the neighborhoods where the bans were enforced, and within three years the homicide rate had fallen by 50 percent.5 Colombia’s largest cities, Medellin and Bogotá, also adopted these policies, and in both places homicide rates decreased even more than in Cali.6

When Dr. Guerrero resumed office as Cali’s mayor in 2012, a new study was conducted to re-identify the leading factors contributing to the high rate of homicide. This time the data pointed to a different cause: organized crime. Dr. Guerrero’s administration helped Cali’s police force work together with the central government to utilize some of the strategies found to be most effective in fighting crime at the national level.7 The approach contributed to a 25 percent decline in homicides within two years.8 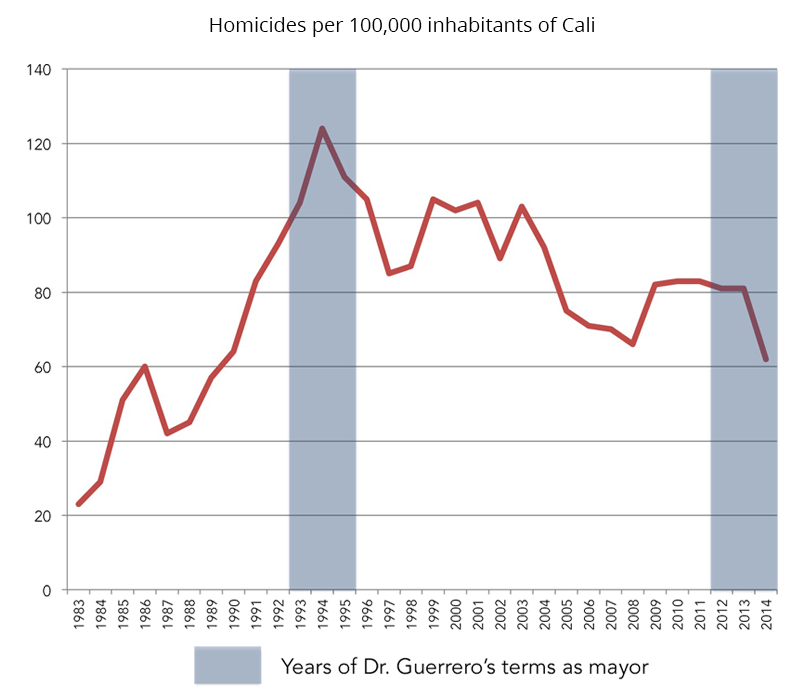 2. Toro, Francisco. 2014. “How to Cut Crime in Colombia: Treat Violence as a Social Disease.” The Guardian, December 8, 2014. http://www.theguardian.com/global-development-professionals-network/2014/dec/08/columbia-cuts-crime-treating-violence-as-disease (accessed April 20, 2015)